Your session will expire in 0 minutes.

The Briggs Robotics Team attended the Ponca City Tournament Saturday, November 2nd.  Briggs competed against 25 other teams including many high school teams and finished 7th overall.  Briggs is in their second year of robotics and is excited to have 3 robots and 15 members, a jump from last year with only 1 robot and 5 members. Advisors Lori Galvin and Jeannetta Glory are excited about the increase in numbers.  "Robotics clubs like ours create an outlet for students to explore and challenge themselves in the field of engineering", says Glory. The Briggs Robotics Club works on various engineering concepts such as manufacturing, construction design, and algorithmic thinking. Our next competition is scheduled for December 7th here in Tahlequah, hosted by Sequoyah High School. Galvin says, "We are confident we can qualify this year for a position in the state tournament which will be held in Oklahoma City next spring." 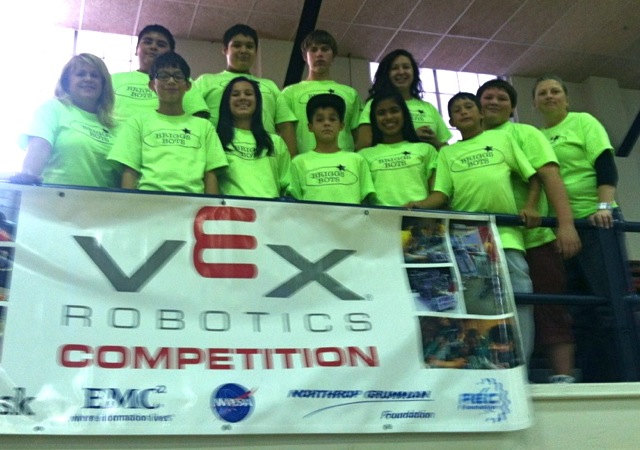